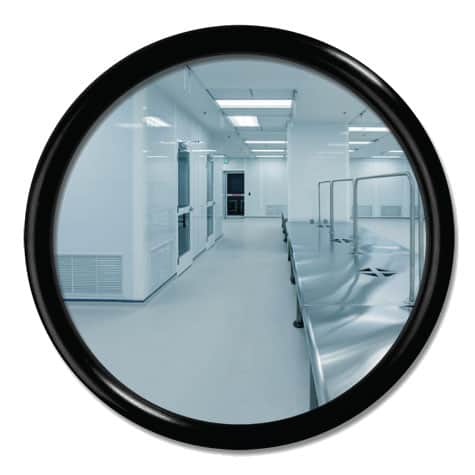 The Semiconductor, Healthcare, Aerospace, and Automotive Sectors have continually increased demand for o-rings and seals manufactured in cleanrooms. This element is crucial because contaminants, no matter how small, can cause product flaws and decrease the service life of the seal. The absence of dust, particles, and pollutants is encompassed in this increased standard of cleanliness.

Various classes of cleanroom o-rings are produced in a confined space where a specified limit is placed on the number of airborne particles allowed in a defined volume of space.

International cleanroom standard specification ISO-14644 details the maximum concentration of particles per class and per particle size. Each class has a defined standard for maximum particles per cubic foot, with the size of the particle expressed in microns.

Class 100,000, also known as ISO Class 8, means less than one hundred thousand particles larger than 0.5 microns are allowed within each cubic foot of air space. OEMs within the Aerospace and Automotive Industries may require o-rings to be fabricated within a Class 100,000 Cleanroom before placing within high-performing vehicles.

Class 1,000, also known as ISO Class 6, means less than one thousand particles larger than 0.5 microns are allowed within each cubic foot of air space. Medical device and pharmaceutical manufacturers may require o-rings to meet Class 1,000 Cleanroom Specification in satisfying sanitation standards during production.

Class 100, also known as ISO Class 5, means less than one hundred particles larger than 0.5 microns are allowed within each cubic foot of air space. Semiconductor production most frequently requires o-rings to be compliant with Class 100 Cleanroom Specification.

Global O-Ring and Seal is a supplier of cleanroom-manufactured o-rings compliant with ISO Class 8, ISO Class 6, and ISO Class 5. For more information or to request a quote for o-rings produced in cleanrooms, please give us a call at 832-448-5550 or fill out the Product Inquiry Form.