For many years, it has been common knowledge in the sealing industry that bevel cut o-rings, with their increased surface area at the bond, are stronger than butt cut o-rings. The concept itself makes sense, but we decided to put it to the test. We performed a technical evaluation of the two joints, followed by a phase of actual testing. The video below captures a summary of our findings.

In this experiment, we tested three cross-sections of cord – .139″, .275″, and .500″ – made with both bevel and butt cut joints on our in-house pull tester (pictured to the right). The pull tester can be used to determine the average tensile strength of the different bonds and does so by pulling the cord until failure. The pounds of force are recorded and displayed, showing the maximum stress the joint could take until its point of failure.

Now that we have reviewed our actual testing plan, let’s take a look at the numerical factors at play between bevel and butt cut joints.

The Numbers Behind Bevel and Butt

To calculate the tensile strength of a butt versus bevel cut joint, we need to start by analyzing the two factors associated with the strength of the joint: bond strength and the surface area being bonded. See the graphic below.

To test this theoretical value, we sampled the force required to break the vulcanized joints on three cross-sections of Nitrile 70 Durometer cord. We tested three samples of each joint type/cross-section.

The final results are displayed below, comparing average lbs of force between the two cuts and three cross-sections.

The results of the pull tests showed that for two of the three cross-sections, butt cut joints averaged a higher tensile strength than bevel cut joints.

In conclusion, we were not able to prove an absolute tensile strength advantage for bevel cut joints over butt cut joints on the vulcanized o-ring pieces we tested. In fact, on two of the three sizes, the butt cut joints performed slightly better. Whichever your preference, Global O-Ring and Seal can produce both butt and bevel cut o-rings for you. Use our Vulcanized O-Ring Calculator to set dimensions and place an order for your customized o-rings, or you can talk to our Sales Team directly at 832-448-5550. 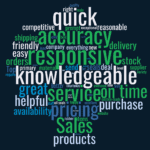 What Do Our Customers Say About Us? 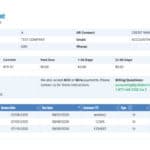 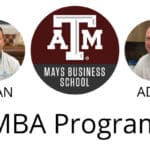 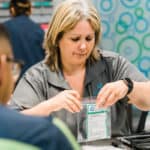 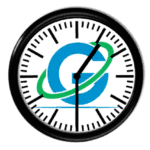