History of the Vulcanization of Rubber

History of the Vulcanization of Rubber

You might be surprised to know that the rubber in your tires and so many other modern uses begins as a white, liquid type substance called latex that is derived from certain plants. If you cut a dandelion stem, for instance, you’ll see latex dripping from the stem. Theoretically, rubber could be made by growing dandelions, though considering the amount of rubber used in the world today, half the globe would have to be dandelion farms. There are approximately 200 plants in the world that could supply latex, though the source of over 99 percent of the natural rubber currently produced comes from the Hevea brasiliensis tree, or the rubber tree. 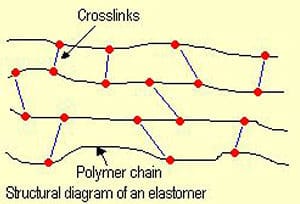 The problem with natural rubber is that it is not useful in its unaltered state. In hot temperatures, the rubber melts and becomes sticky. In cold temperatures, it gets rigid and brittle. Enter a process called vulcanization. Not unlike curing, vulcanization is the treatment of rubber with heat and originally sulfur to bring it to a molecular state which can be used in a variety of applications. Adding sulfur to the vulcanization process gives the rubber better strength, elasticity, and durability.

Natural rubber is most like chewing gum or Play-doh in its natural state. When stretched, it does not stretch back. When the rubber is compressed, it will carry a dent. The vulcanization process allows the rubber to crosslink, or harden. Natural rubber under a microscope will show straight lines, but vulcanized rubber shows an interweaving mesh pattern, also known as “crosslinks”, as shown below.

Rubber Has Been Around … 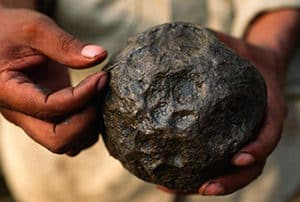 Use of rubber dates back to 1,600 BC, the era of the Aztecs, who extracted it from trees and used the heat from their hands to form it into balls. And that’s one of the main ways they used it. Their ancient ball courts are still on display today at ruins throughout Mexico and South America. However, the first pioneer of rubber in the industrial age was Charles Goodyear, for whom the famous Goodyear tire company is named after. James Meigs, editor in chief of “Popular Mechanics” says “the development of modern rubber was one of those untold stories of the industrial revolution.”

Goodyear was a self-described inventor who allegedly came up with the idea for vulcanizing rubber on a visit to a general store. He was looking at a life vest, which at the time, was made of natural rubber, and asked the clerk what it would take to make a better vest. The clerk replied that a more stable rubber would do the trick, and Goodyear’s obsession with rubber began. 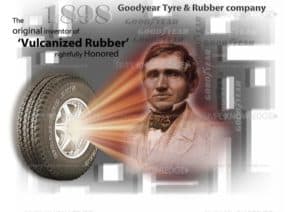 Often described as eccentric, Goodyear devoted his life and fortune, selling all his worldly goods, to pursue the goal of making rubber from trees into a useful material.

Although British scientist Thomas Hancock was awarded the first patent on vulcanizing rubber in 1844 in the United Kingdom, Goodyear was awarded the American patent just a few weeks later. Goodyear wrote in his memoirs that he “made experiments to ascertain the effect of heat on the same compound that had decomposed… (and was) surprised to find that the specimen, being carelessly (and accidentally) brought into contact with a hot stove, charred like leather.” He also hypothesized that if the process was stopped at the right time, it would improve adhesiveness.

Goodyear’s accidental discovery would change the world forever; but it didn’t happen in time to reward him and his descendants for his vision and persistence. When Goodyear died, he was $200,000 in debt.

George Oenslager was an American chemist who invented cure packages which are an advanced method of vulcanizing rubber that are still used today. In 1912, he discovered a derivative of aniline accelerated the vulcanization process which greatly increased the cost effectiveness of rubber. These cure packages often contain a curing agent like sulfur as an accelerator to speed up vulcanization, or a retarder to slow it down. The chemicals used depend on the optimal properties for the rubber’s intended use. 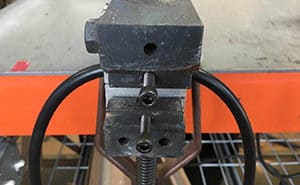 Vulcanization is used in all sorts of processes to make rubber for everything from hoses to capital equipment. Global O-Ring has in-house vulcanizing capabilities, and we regularly create custom o-rings by joining cord stock. Our rubber cord is stored on spools and then cut to length per customers’ specifications. We then use vulcanization to splice and bond the rubber into o-rings using heat and pressure to crosslink them and make a strong joint.

Global O-Ring uses the most advanced and cost efficient processes to vulcanize our o-rings. If you are a distributor or user of sealing products who has a need for vulcanized o-rings, contact us to speak with one of our knowledgeable, technical sales staff about your application or request a quote.

For More, Check Out This Video on the History of the Vulcanization of Rubber: 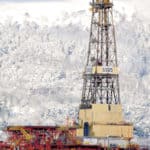 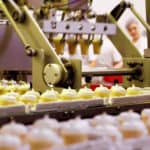 An Introduction to Metal Detectable O-Rings 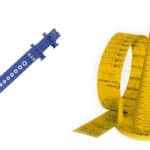 How to Properly Size an O-Ring The First Time Around 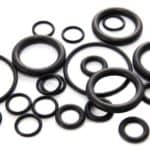 All About Neoprene O-Rings