What is an Oil Seal?

Oil seals, also referred to as shaft seals, are widely used to prevent the leakage of medium (such as oils and grease) along a rotating shaft. This leak prevention is primarily achieved by the sealing element which can be made from a wide range of materials that are chosen according to each application. They are commonly used in gearboxes, hydraulic cylinders, and related components.

Purpose of an Oil Seal

An oil seal is designed to perform three major functions: to prevent lubricants from leaking outside the seal even under high pressure, to act as a barrier to retain the lubricating oil, and to prevent dirt and other contaminants from entering the unit.

Construction of an Oil Seal

The sealing element makes up the interior of the oil seal, and the materials commonly used are:

The metal case is the exterior (or frame) of the oil seal, the principal function of which is to give rigidity and strength to the seal. The material of the case must be selected depending on the environment where the seals are to be used. Often the metal case is covered by the same rubber material used in the sealing element, which also helps seal the exterior of the oil seal in the housing bore. Common case material types are:

Global O-Ring and Seal carries a full line of oil seals in all industry standard sizes and has the ability to create custom oil seals. If you are a distributor or user of oil seals who may have need for our services, contact us today to speak with one of our team members, request a no-obligation quote, or place an order from our extensive inventory at GlobalOring.com. 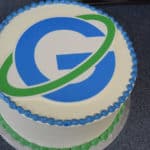 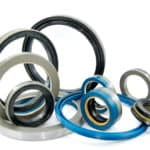